So This Happened: RA US Shot Video on the Into the Storm Red Carpet…

Richard Armitage US Special Correspondent Sara Alize Cross gets this shot of the man himself on the Red – well, Black – Carpet of the “Into the Storm” NYC Premiere!

How did it happen that Richard Armitage US was asked if we wanted to field a reporter on the Into the Storm Red Carpet? We’ve only been around little over a year. All I can say is that 1) Producer Todd Garner is one fun tweeter, and we’ve been exchanging tweets for months, 2) Mr. G. got some RA US Atlanta peeps passes to a preview screening, 3) Warner Brothers arranged the passes, and then their Interactive Marketing rep got in touch to say she liked the FB site and would we like to have reps at the premiere (yes, m’dears & m’darlin’s, I did squeeee a wee bit), and 4) Into the Storm has some heavy competition, and the RArmy might make a difference.

Whatever the reason, Warner Brothers Pictures was gracious and generous in offering Richard Armitage US to be represented on the Red/Black Carpet, and we were honored. Here are the credits for our crew:
Interviewed by: Sara Alize Cross;
Shot by: S. Iturri Sosa, Rachael Levy, Adam Smith
Sound by: Lana T. Yang
We knew Sara’s work from a long-ago post on our page and a link to her reel, so we knew she’d be great.

But (tongue-in-cheek) RA US Special Correspondent Sara Alize Cross and her team’s video and content was so beautiful, we’re splitting it into two reports. FIRST UP is Matt Walsh, Max Deacon, and Arlen Escarpeta, from the Into the Storm Black Carpet! And we’ve added a BIT of the tease for the RA interview coming tomorrow!

Thank you to Sara and her team for doing a spectacular job. Thanks to Richard Armitage, Matt Walsh, Max Deacon and Arlen Escarpeta for finding us at the very end of the press line. And a very heartfelt thank you to Into the Storm Producer Todd Garner and Warner Brothers Pictures for making this happen!

Let us know what you think! 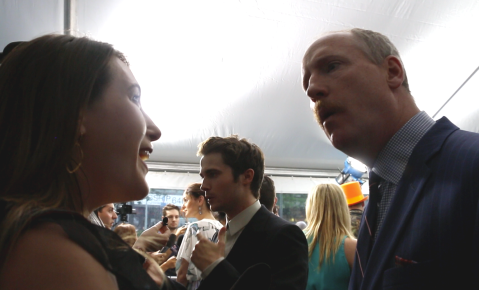 Arlen Escarpeta, who plays a storm-chaser with a heart, interviewed by Sara. Photo by Rachael Levy.

And if you’ve read this far, a sweet surprise: a beautiful shot of RA, a bit of a tease for tomorrow’s interview: 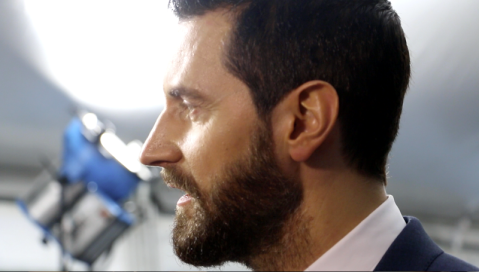 Our very own RA, who plays Gary Fuller in “Into the Storm. Photo by Sara Alize Cross.

5 responses to “So This Happened: RA US Shot Video on the Into the Storm Red Carpet…”